SEDONA, Ariz. (March 2, 2014):  The Letters, the story of how Mother Teresa changed hearts and lives and inspired millions, earned the Audience Choice Award for Best of Fest and The Broken Circle Breakdown and Waiting for Mamu collected Audience and Directors’ Choice Awards for Best Foreign Film and Best Documentary, both short and humanitarian, respectively, at the 20th annual Sedona International Film Festival.

The Belgian film and Academy Award-nominated  (Best Foreign Film) The Broken Circle Breakdown is an intensely moving portrait of a relationship that is tested when tragedy strikes.  Waiting for Mamu, a film by Morgan and Sarandon, tells the story of Pushpa Basnet, who has created a home for Nepalese children imprisoned along with their parents.  Basnet, known as Mamu by the 40 children living in her home, was the 2012 CNN Hero of the Year. 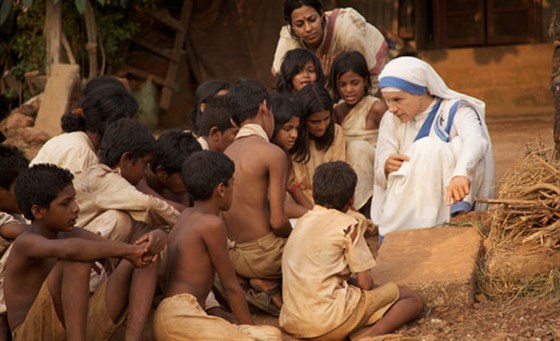 The Festival also was the launching point for a new collaboration among Sarandon, Morgan and Jonathan Bricklin, who announced the formation of their film company, Reframed Pictures, to create and support films that entertain and raise awareness about human rights and social justice issues.  Reframed Pictures organizers also plan to take awareness one-step further by creating opportunities for action associated with each film.

“Every year, we hear from both filmmakers and those who attend the films that the experience is like none other, and that’s a standard we hold in incredibly high regard,” said Sedona International Film Festival Executive Director Patrick Schweiss.  “And every year we are humbled by those very words.”

Winners of the 2014 Sedona International Film Festival are:

Student Short: Into the Silent Sea

Best of Fest: The Letters

Best Feature DRAMA: Along the Roadside

Best Independent Spirit: For the Birds

World Cinema Award: We Will Make It Right

The 2015 Sedona International Film Festival is scheduled February 21 through March 1.